With a team 13 Marine Biologists, we bring decades of experience from our knowledge of the reef and the spectacular reef sites we have access to. This intimate knowledge has developed over years of interpreting, educating and researching each reef site. The variation between our reef sites allows for exploration of extremely shallow and deep areas of the Great Barrier Reef. See below a list of our reef sites, and what makes them so special.

Fitzroy Island is an old mountain just off the Murray Prior range south of Cairns. About 8000 years ago as the last ice age subsided this mountain became separated from the mainland by rising seas. A hard, rocky substrate has provided the basis of a fringing reef system. Fitzroy is home to lush tropical rainforest which covers its tall peaks, stretching up to 269m (882ft). Home to iconic Australian wildlife, such as Sulphur-crested cockatoos, orange footed scrub fowls, fierce Ospreys and migratory birds such as the Pied Imperial Pigeon.

The fringe reef starts where the water does, making it one of the most accessible snorkeling sites on the Great Barrier Reef, with large areas of live coral cover, or coral thickets in very shallow water. Iconic reef fish such as the beaked butterfly fish and clown fish are very common and easy to spot. Green Sea Turtles are regularly spotted searching for algae to graze on throughout the reef.

Fitzroy Island is also a wonderful place to start the search for the Great Barrier Reef’s megafauna, or larger marine creatures. Giant Manta Rays have been seen right up against the edges of the rocky reef as they feed on the plankton bought in by oceanic currents. From July-September whale watching tours depart from the island in search of the majestic Humpback Whales as they arrive in tropical waters for their annual calving migration. 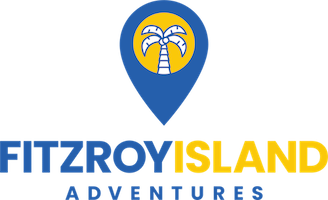 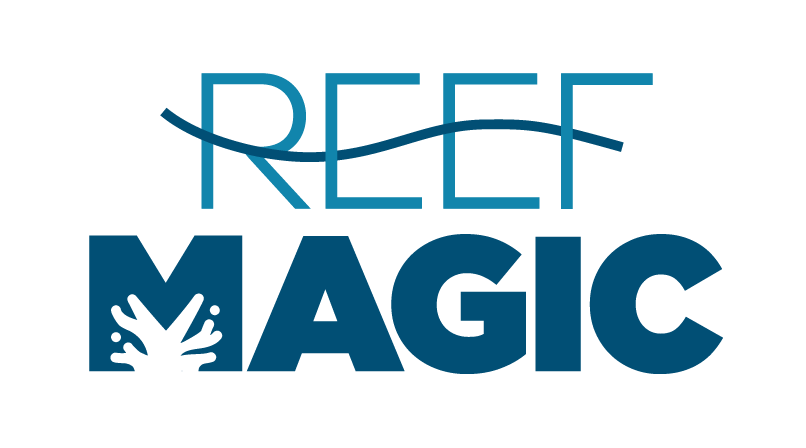 Green Island is an extremely unique coral cay, lying off the coast of Cairns. An ancient coral reef which filled with sand and rubble over time, eventually reaching the surface and becoming an island. Passing seabirds made use of the exposed island, carrying seeds from nearby rainforests. A hidden natural freshwater aquifer below the island has allowed a miniature tropical rainforest to cover almost every part of the 15-hectare area of exposed ground. Before European discovery, Green Island was used by local indigenous tribes for hunting and gathering (such as initiation to manhood for young boys).

Below the surface, an inshore patch reef plays host to the cay. Patches of coral reef can be found directly off the shore, scattered throughout expansive seagrass beds, one of the few areas on the Great Barrier Reef where you have extensive seagrass beds next to coral. This intertwined habitat provides excellent refuge for small and juvenile fish, as well as prime feeding grounds for sea turtles and dugongs that lazily graze on the underwater meadows.

Moore Reef is home to Reef Magic’s “Remoora” outer reef pontoon. An exceptional reef site in the World Heritage Great Barrier Reef, step directly from the pontoon into the water to see stunning coral gardens teeming with a high diversity of both hard and soft corals. A highlight of this area is interaction with a resident Maori Wrasse “Wally” (Cheilinus undulatus), who spends the days affectionately swimming with visitors through his territory. The northern tip of Moore Reef has several passages or reef passes that connect the protected coral lagoon of the pontoon to the outer ocean environment. Water currents play a pivotal role in the transport of food and nutrients, resulting in highways of fish life using these passages to travel in and out of the reef lagoon.

On the other side of these passages lies the majestic outer wall that forms the protective barrier for the lagoon. A stunning site to see as a literal wall of reef drops from the surface to over 20m deep. Despite being more exposed to the open seas, this is the growing edge of the reef, often dominated by fast growing corals such as plate corals. Extensive plate coral cover creates a rich underwater world and a perfect habitat for larger fish to hide. Most excitingly as seasons change various species of snappers, emperors, sweetlips, trevallies, surgeon fishes, sharks and more can be seen gathering at these aggregation areas for feeding and reproduction.

The moment you enter the water at “Oasis”, our site greets you with an extensive slope of corals that build up to the shallow reef flats. Vastly dominated by massive boulder corals which may span up to several meters wide, the edge of this reef site is spectacular. The gaps between the corals here will often host exciting marine life such as moray eels, ornate lionfish and even stunningly coloured crayfish for the eagle eyed. The steep slope of this site offers a perfect opportunity to alternate between the shallow and deeper areas of the reef.

Just off the edge of the reef sits a series of Coral Bommies (isolated reef patches) known as the pinnacles. Sitting in 25-30m deep water these isolated safe havens provide a fantastic array of fish life with large aggregations of fish such as snappers, trevallies, emperors, barracuda and more often found in large numbers adjacent to the reef. Quite often larger predators such as Queensland groupers and sharks are seen within the fish aggregations at “Oasis”.

Flynn Reef offers a fantastic shallow reef lagoon where marine life can be seen up close from the moment you enter the water. Offering phenomenal coral colour and diversity our reef site “Serenity” offers very easy access to a spectacular site. With superior water clarity the diversity of coral and fish at this site is breathtaking. Small sandy patches line the edges of the reef making this an ideal place to spot small reef sharks resting on the sea floor or graceful rays gliding over sand in search of food.

Up at the surface sea turtles are regularly seen as they breach for a gulp of air. They can also be seen grazing on algae underwater. When approached cautiously will often tolerate people viewing them from a short distance for very long times, giving an unforgettable experience.

Check Out Our Reef Gallery 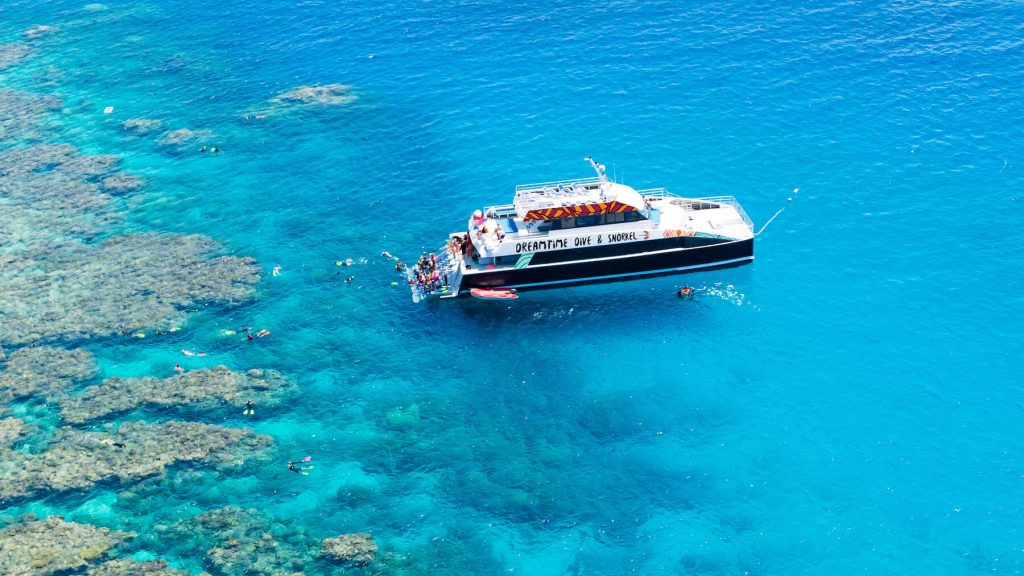 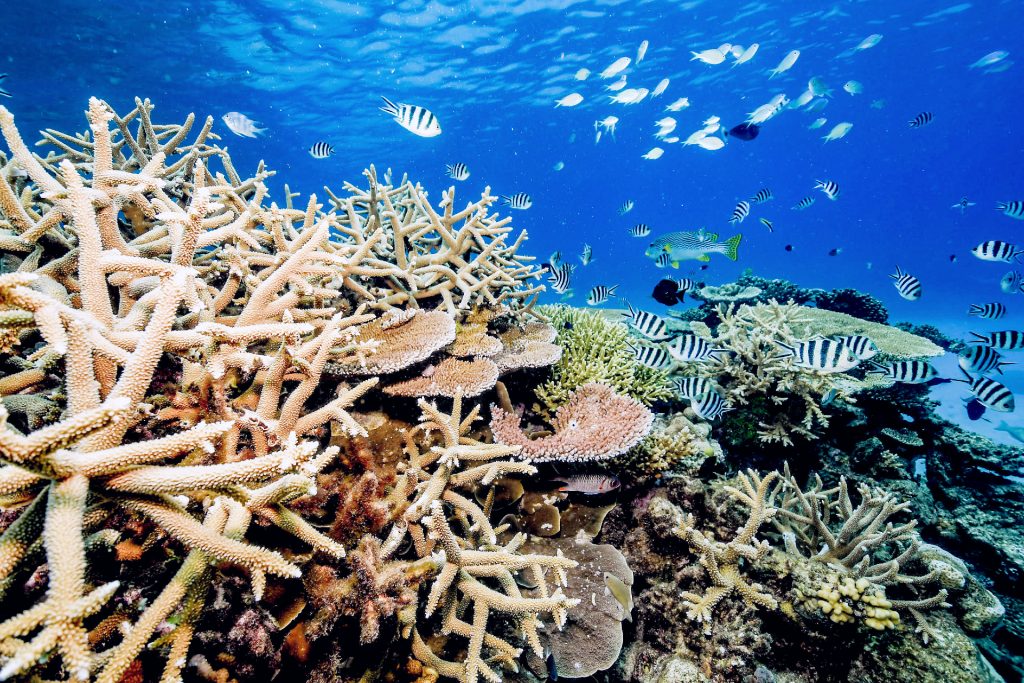 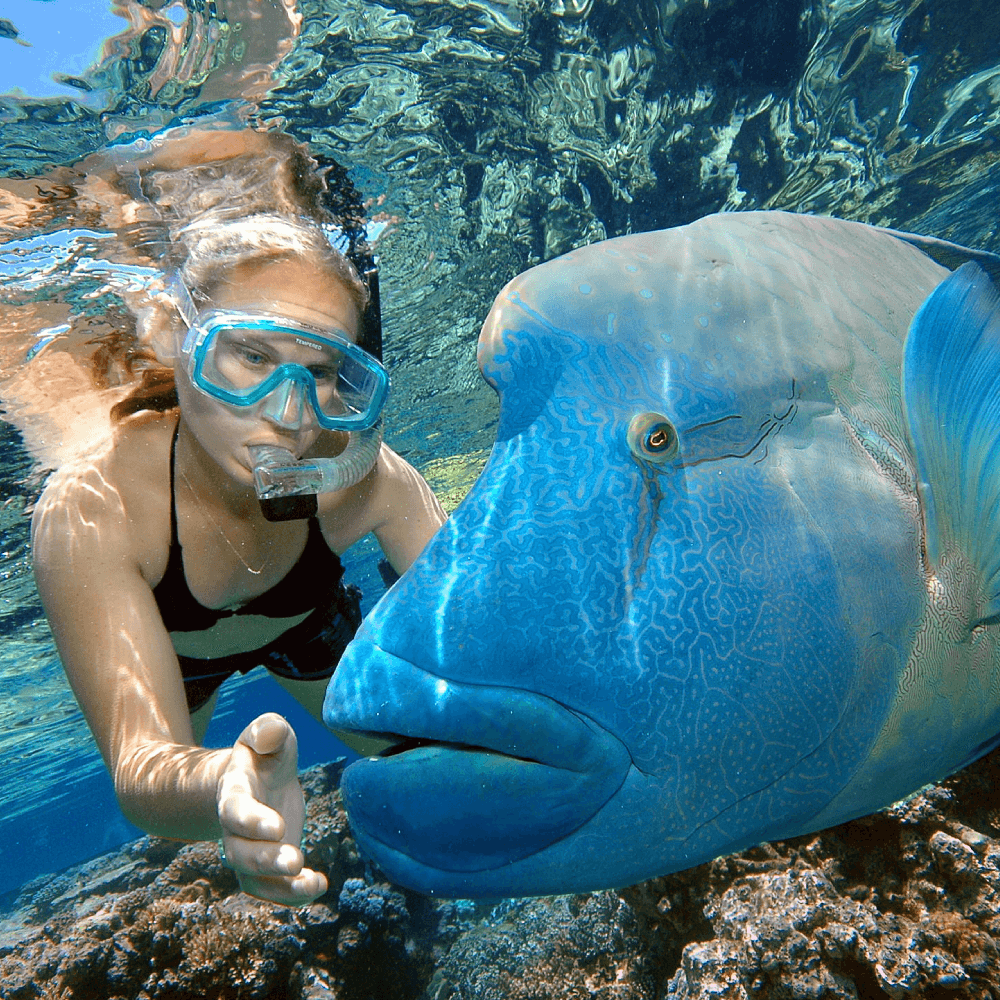 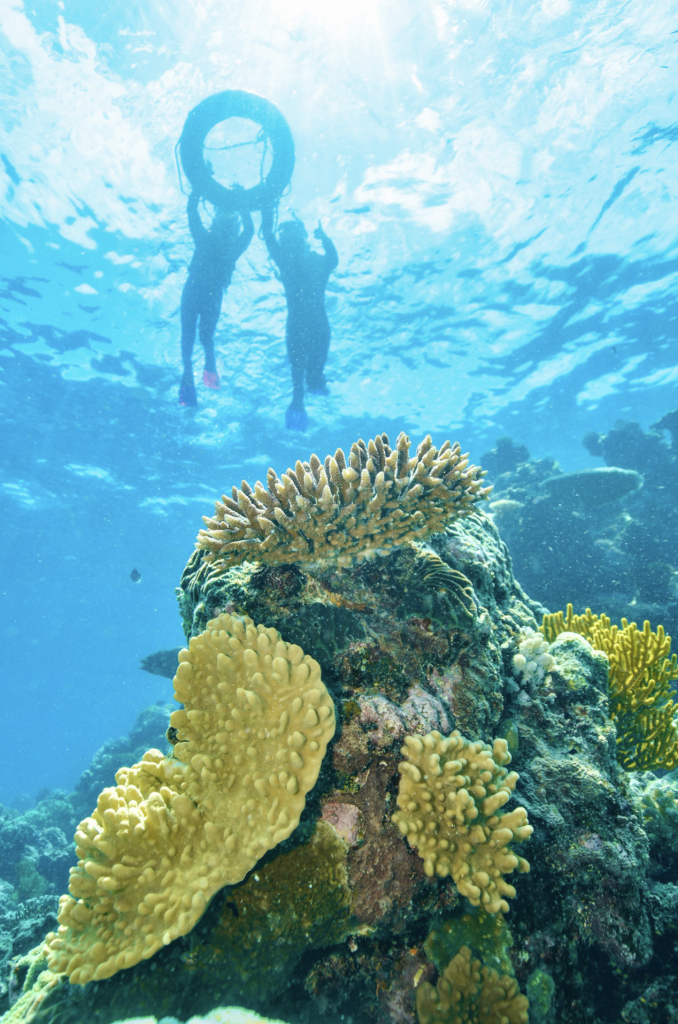 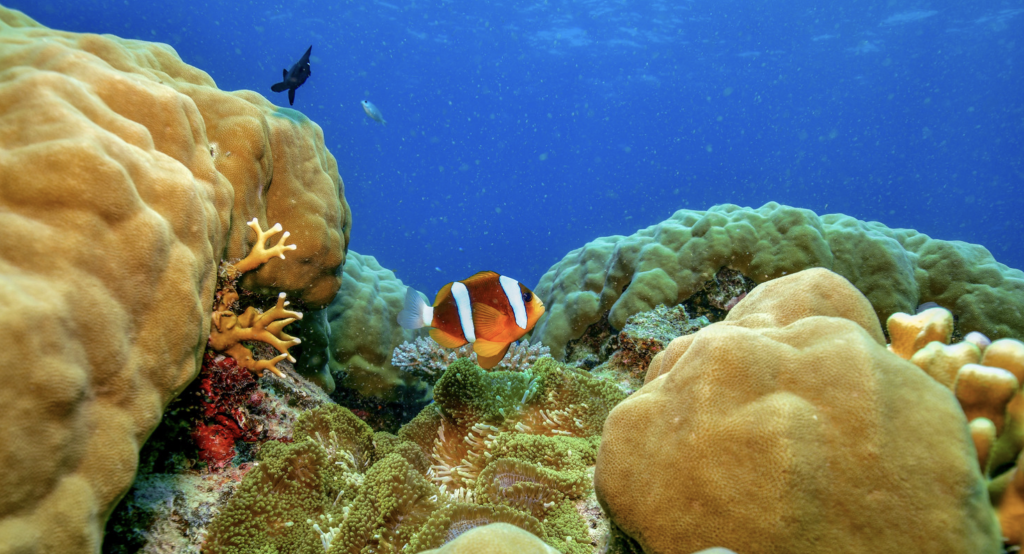 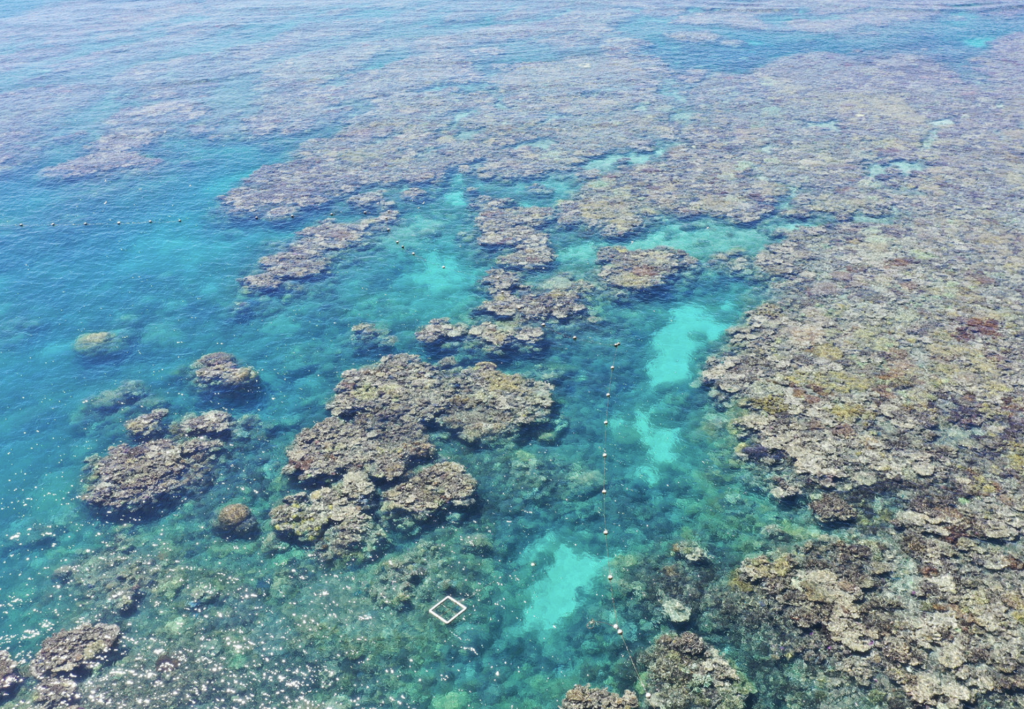 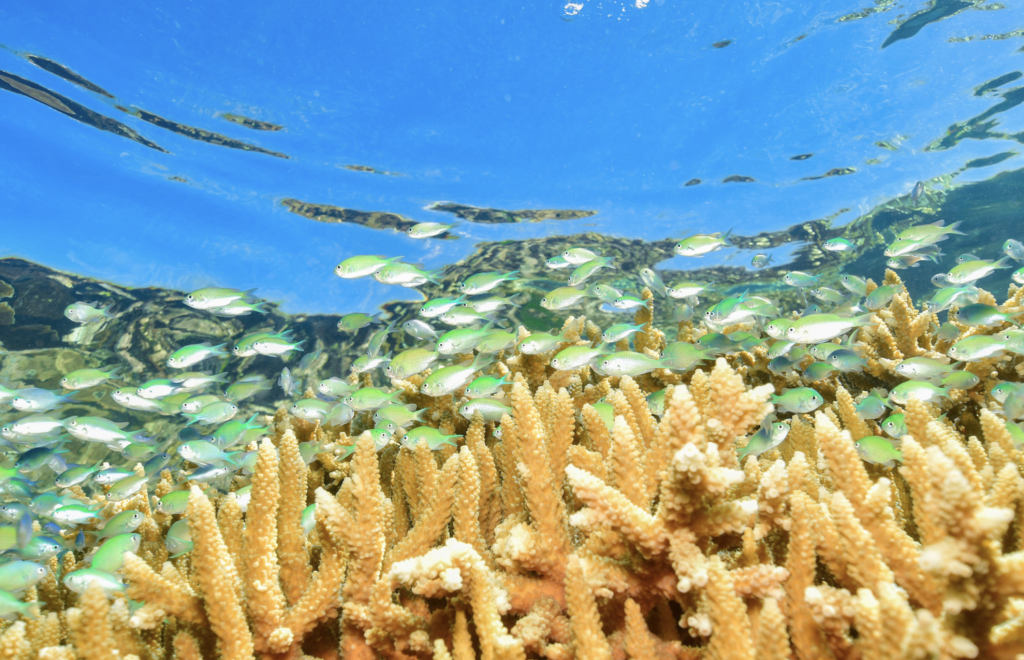 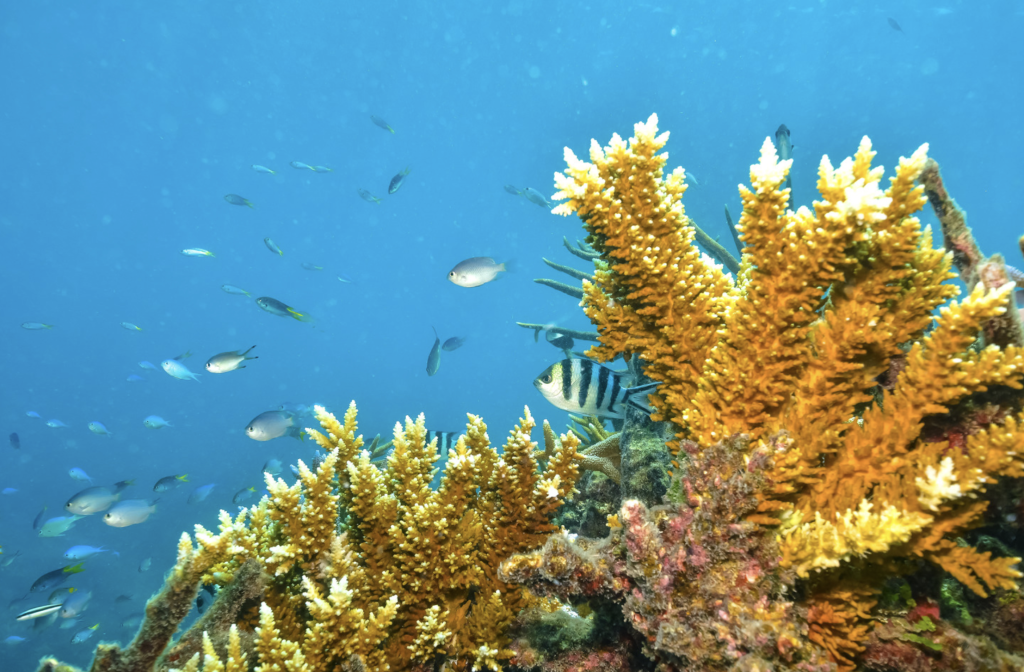 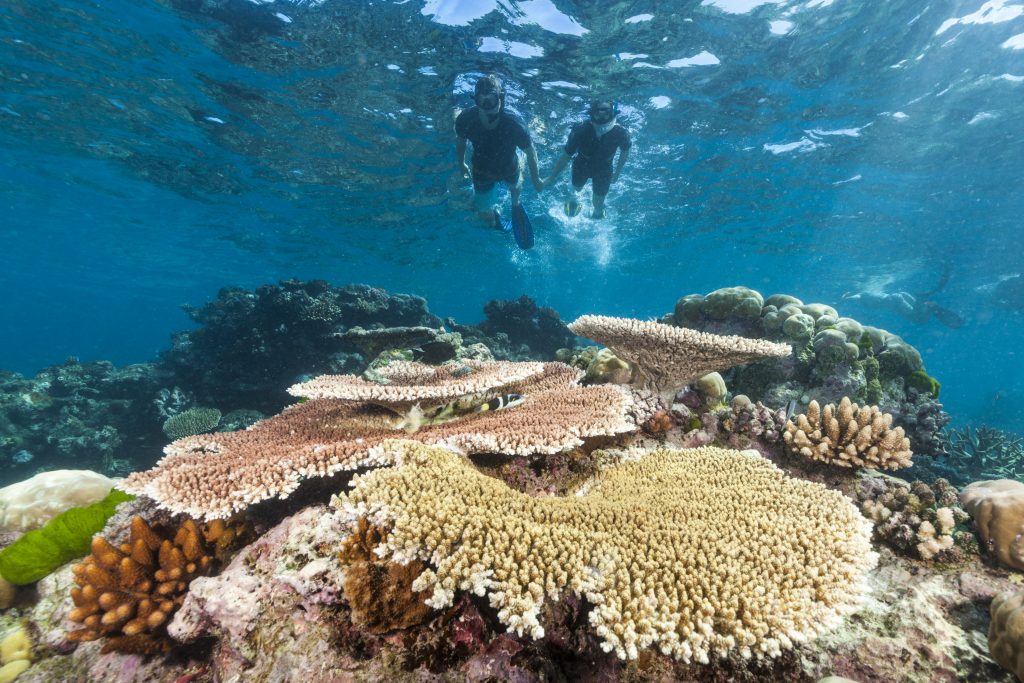 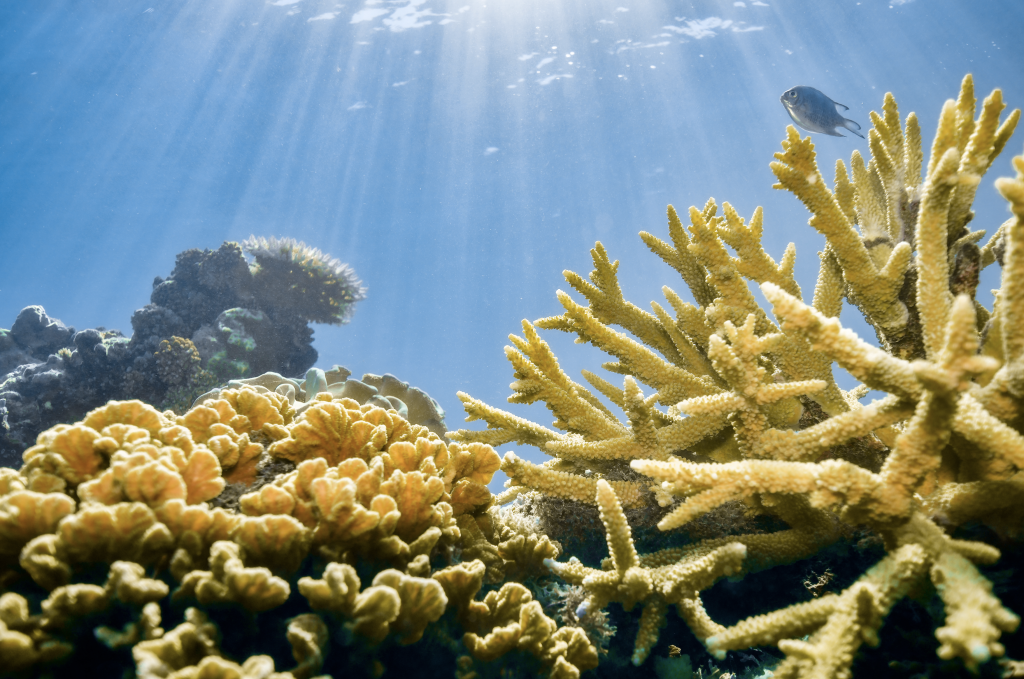 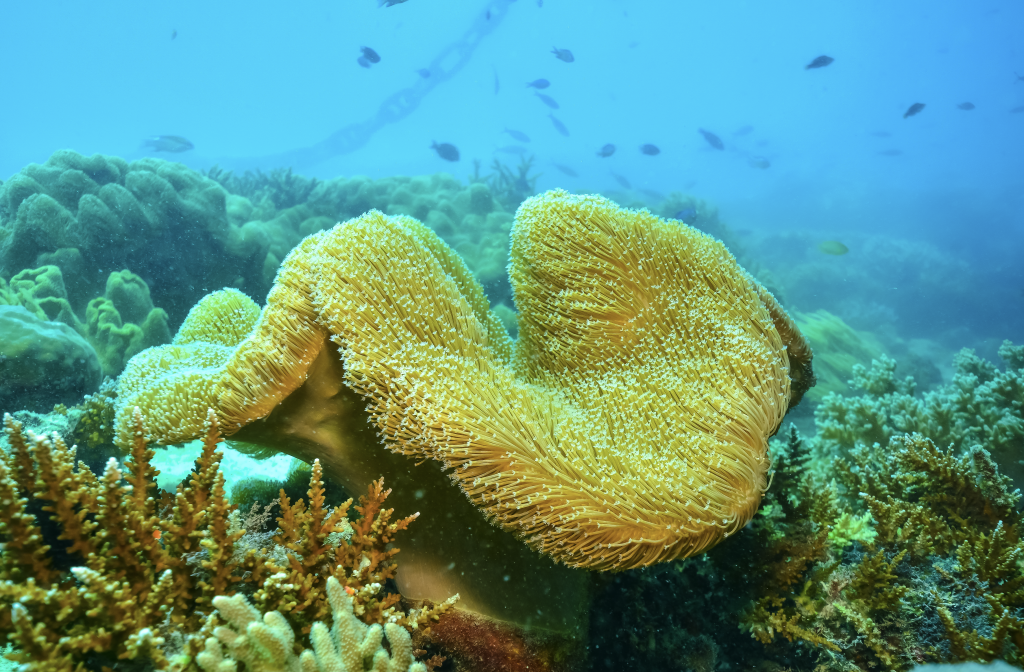 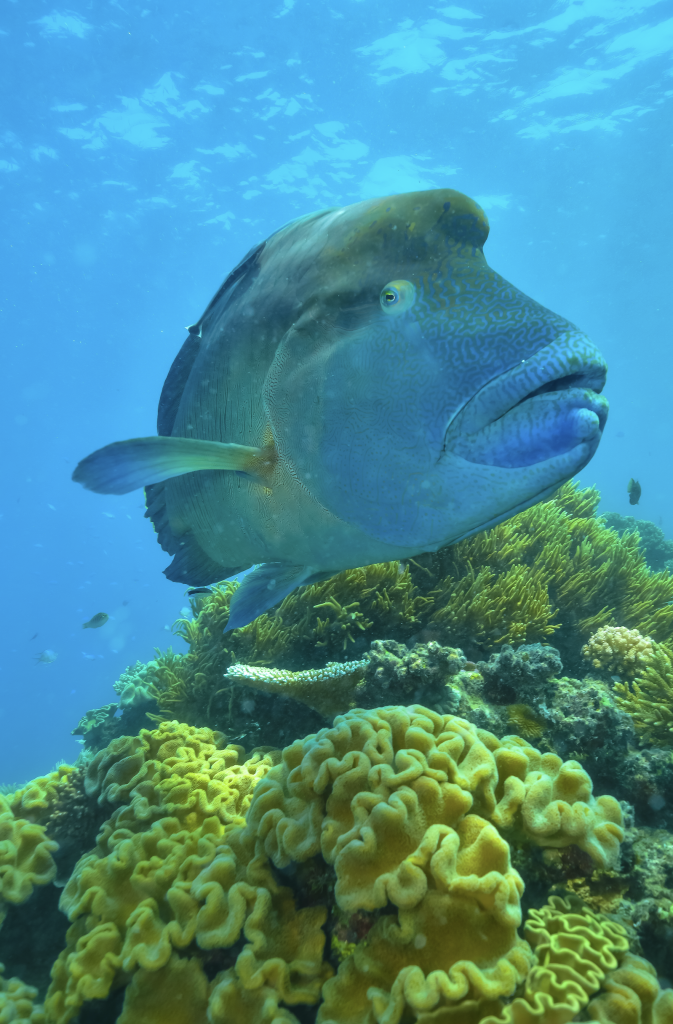 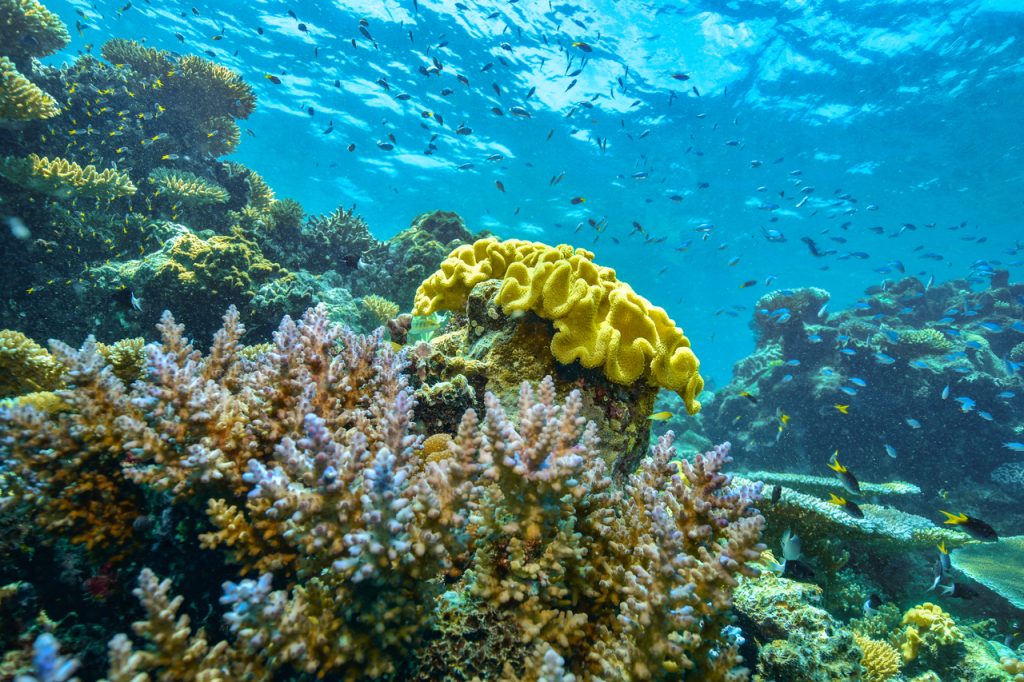 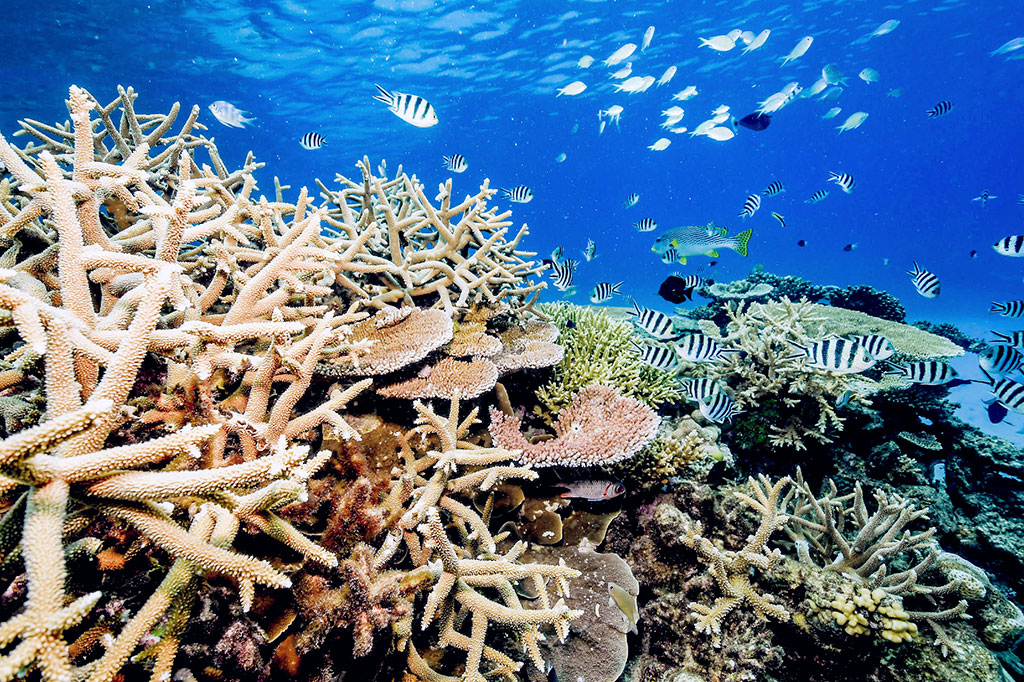